In 1998, André Jordan takes on a new challenge: the rehabilitation the quality and image of Vilamoura, a task that, due to the dimension of the resort and the degraded state of the constructed units and infrastructures, demanded all the resources of his experience and vision on the real estate business.

The Vilamoura complex is the biggest resort in Europe under a single management, and was founded in the 60's by Arthur Cupertino de Miranda, the legendary pesident of Banco Português do Atlântico. In bad shape, with a poor image and devalued, the resort demanded an urgent revitalization.

The recovery of the oldest area in the resort, the elaboration and approval of the Vilamoura XXI Project, with nine tourist and habitation development clusters, the construction of nine golf courses (and the rehabilitation of the old ones), the creating of calendar of events aimed to great success and repercussion, made the new Vilamoura an exemplar case study.

With a cohesive executive group, chaired by André Jordan, with the board members Carlos Rocha, Vasco Branco, Gilberto Jordan, Luís Correia da Silva and Constantino Jordan, Lusotur achieved its proposed goals within the established time, and was sold to a Spanish group in 2005.

Its subsidiaries were also success cases: Lusotur Golfes, chaired by João de Deus Pinheiro, with António Henriques da Silva as CEO and Simão da Cunha as head greenkeeper, and the Vilamoura Marina, with António Vasco de Mello as chairman and Constantino Jordan as CEO, became model examples in their areas of activity, by the client´s point of view, thus contributing to the corporate success of the André Jordan Group. 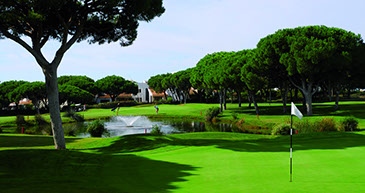 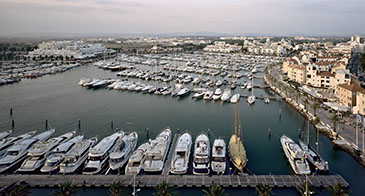