André Jordan was born in Poland, in 1933, and raised in Brazil where the family created the Jordan Group. He has dual Brazilian and Portuguese citizenship. In 1968, after the death of his father, Mr Jordan became the International Development Director of Levitt & Sons, in New York, the most important residential developer in the United States at the time.

He came to Portugal in 1971 to create the Quinta do Lago, which still is, after 40 years, recognized as one of the most prestigious resort developments in the world. In the late 80’s, after the sale of Quinta do Lago, André Jordan became Managing Director of Bovis Abroad, in London, the foreign leisure property arm of the Bovis Group, with projects in Spain, Portugal and the Caribbean, including the famous La Manga Club in the Southern Spain.

In 1991 he created a new project in the Sintra hills of the Lisbon region, named Belas Clube de Campo, which has become an established and successful community that has recently launched its new phase. Comprising 465 hectares, it is 20 minutes from the center of Lisbon.

At the end of 1995, the André Jordan Group acquired Lusotur, SA, the owner of Vilamoura, in the Algarve, South of Portugal, the largest leisure and residential complex in Europe which comprises a 1000 berth marina, 5 world renowned championship golf courses, casino, several 5 star hotels and approximately 60 000 beds. This company was sold to Spanish investors in 2006.

The nine golf courses created by André Jordan in Portugal have held major international championship events and some are listed among the top courses in Europe and also in the world. Since its inception in Portugal, 42 years ago, special attention has been paid by the André Jordan Group to sustainable development, which is attested by numerous international certificates and awards.

André Jordan is involved in many civic, cultural and educational organizations, both in Portugal and internationally.  He was a Vice-Chairman of WTTC and is presently an Honorary Member and a member of the Governance Committee. He is a Fellow of the Duke of Edinburgh International Award Association and was Chairman of its Portuguese chapter. He was Honorary Consul of Brazil in the Algarve for 17 years. He is a Fellow of the Royal Institute of Chartered Surveyors. Member of the Board of Founders since 1999 of the Serralves Foundation, André Jordan was until 2013 also a member of its Board of Directors. He was the first President of the Urban Land Institute – ULI (Portugal), from 2001 to 2004.

A journalist in his youth, André Jordan continues to be a regular contributor to the opinion pages of the main Portuguese and Brazilian newspapers and he is the author of 7 books. Mr. Jordan is an Honorary Citizen of Rio de Janeiro and has received the Gold Medal of the cities of Loulé and Sintra, as well as of the Portuguese Tourism. He holds the Key of the City of New York. He has been decorated by the Portuguese Government with the Grand Cross of the Order of Merit and is a Grand Officer of the Order of Henry The Navigator. The Brazilian Government has made him Grand Officer of the Order of Rio Branco. In 2014 André Jordan was distinguished in London with the World Travel Leaders Award.

André Jordan is a Doctor Honoris Causa of ISCTE  University Institute of Lisbon and of the University of the Algarve.

He has 4 children and 9 grandchildren. 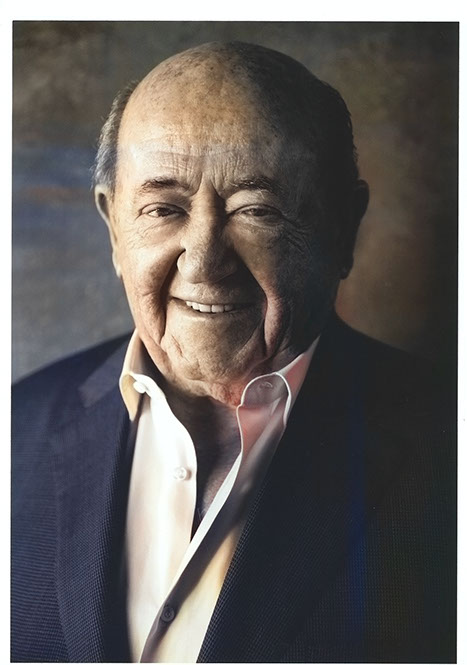