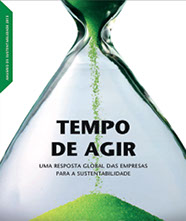 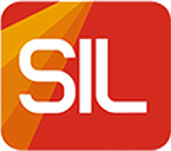 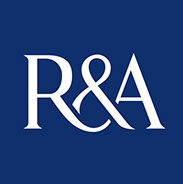 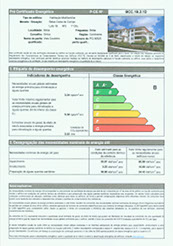 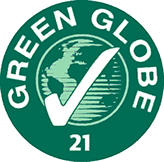 PLANBELAS (BELAS CLUBE DE CAMPO developer and administrator company) is a case study published in the Sustainability Yearbook 2013 of BCSD Portugal (Business Council for Sustainable Development), with focus on its compensation of carbon emission’s project in 2011.

THE RESIDENCES AT VICTORIA CLUBE DE GOLFE, Vilamoura, awarded with the Certificate of Excellence 2013, by Trip Advisor Europe. The Trip Advisor recommendation is 100% to The Residences at Victoria.

PLANBELAS gets a Certificate of Purchase of Carbon Credits, equivalent to the reduction of 1000 Coe regarding compensation of emissions in 2011. These credits will revert to The Yunnan Weixi Gedeng Hydropower project located in China.

As recognition of ANDRÉ JORDAN GROUP contribution for Sintra Region development, Fernando Roboredo Seara, Mayor of Sintra, honours André Jordan with the Gold Grade of the Merit Medal of Sintra.

Belas Clube de Campo Senior Open de Portugal, organized by the ANDRÉ JORDAN GROUP in 2011, gets the 2nd position in the Sustainable Golf Index, published by Between Us and assessing the sustainability of 82 tournaments on the European Tour.

Pedro Teixeira, environment engineer responsible for Quality and Environment at PLANBELAS, is distinguished as Officer of the Year 2012 by BCSD (Business Council for Sustainable Development). The decision rewards the management excellence of the André Jordan Group on sustainability issues.

The Royal & Ancient (the international regulator for golf practice) declares the Belas Clube de Campo Senior Open de Portugal as a turning point in golf tournaments organized in Portugal, with a new strong emphasis on sustainability.

Belas Clube de Campo Senior Open de Portugal is organized by PLANBELAS under a sustainable framework. All the environmental impacts are identified and controlled. The tournament was certified CARBONFREE for offsetting the CO2 emissions associated with the event.

PLANBELAS is honoured once again with the Sustainable Development Award, a joint initiative by Heidrick & Struggles International, in partnership with the «Diário Económico» newspaper and BCSD. The award follows the norm DJSI (Dow Jones Sustainability Index) and PLANBELAS ranks among the best and most sustainable companies in Portugal, confirming its 1st position in the Hospitality, Real Estate, Tourism and Recreation class.

National Geographic acknowledges BELAS CLUBE DE CAMPO golf course as one of the best infrastructures of its kind in the world, concerning environmental preservation and water management.

The BELAS CLUBE DE CAMPO golf course obtains the certification from GEO (Golf Environment Organization), the international standard granted for the first time in the Iberian Peninsula. This certification recognizes the systemic work of PLANBELAS, since 1998, toward environmental sustainability. The best practices in Belas Clube de Campo meets the strict requirements from GEO, as well as anticipate new environmental challenges, as a responsible commitment between the golf practice and the respect for the environment.

BELAS CLUBE DE CAMPO acquires the LiderA certification, at the A+ level. This certification covers the whole development area. It is the first residential development to be certified by this system.

THE RESIDENCES AT VICTORIA CLUBE DE GOLFE, Vilamoura, is presented as a case study in «Resort Development», a publication of the Urban Land Institute.

BELAS CLUBE DE CAMPO is the first development in Europe to audit all the apartments, being the only residential community in Europe to comply with the European Energy Certification directive.

The Environmental Management System of LUSOTUR GOLFES is certified according to ISO 9001.

The Environmental Management System for Quality and Environment of VILAMOURA MARINA is certified according to ISO 9001.

BELAS CLUBE DE CAMPO is declared by IAGTO (International Association of Golf Tour Operators) one of a few Exceptional Contributors to the world of golf travel, bringing to Portugal the Established Golf Destination of the Year. The IAGTO Awards are the official annual awards for the golf tourism industry.

The Conference Board declares VILAMOURA as an example of Best Practice due to environmental and sustainable systems implemented by LUSOTUR. The Business Enterprises for Sustainable Travel (BEST) is a joint initiative of The Conference Board, the World Travel & Tourism Council and the International Hotel & Restaurant Association.

The Henry Ford European Conservation Awards recognizes LUSOTUR outstanding contribution to the conservation of the natural environment and cultural heritage in VILAMOURA.

The Environmental Management System of VILAMOURA MARINA receives environmental certification according to ISO 14001.

OECD Environmental Directorate praises «the environmental achievements and LUSOTUR contribution towards environmental progress in the tourism industry and its pioneering efforts to move further environmental management in the sector».

LUSOTUR is shortlisted for the RICS Awards 2000 at the Regeneration class.

The Environmental Management System of the BELAS CLUBE DE CAMPO golf course is certified by SGS ICS according to norm ISO 14001.

The «Condé Nast Traveller» magazine grants to VILAMOURA the Honourable Mention under the Ecotourism Awards programme.

LUSOTUR and LUSOTUR GOLFES are among the six case studies of the research project Criteria for Environmental Responsible Tourism, developed by Universidade Nova de Lisboa.

LUSOTUR honoured by the Loulé Municipality with the Gold Medal for Environmental Protection.

The Tourism and Environment Award by «Imobiliária» magazine is granted to LUSOTUR.

LUSOTUR becomes the first non-industrial company, in Portugal, and golf operator, in the world, to have an Environmental Management System certified according to the ISO 14001 standard.

LUSOTUR is the winner of the British Airways Tourism for Tomorrow Award, in the Europe Special Best Short-Haul Resort class.

The prestigious Green Globe Award is granted to Vilamoura.

The Blue Flag is granted for the first time to VILAMOURA marina and beaches. 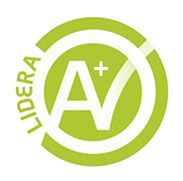 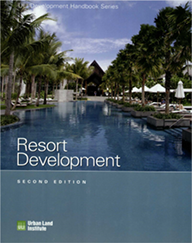